Skip to content
ASNF 2 weeks ago 5 min read
This story also ran on Daily Beast. It can be republished for free. Posting about...

This story also ran on Daily Beast. It can be republished for free.

Posting about their day is a regular practice for Generations Y and Z, especially when they have something novel or exclusive to share. So, in the thick of a global pandemic, and with the shaky rollout of covid vaccines making them somewhat of a holy grail, it’s no surprise selfies featuring the coveted shot are infecting social media timelines.

It might engender envy, even outrage, especially if the person posting seems to have cut the line. But what if the intention was to encourage others to also get the shot? Does that make it OK?

Since the pandemic began, people around the world are increasingly living out significant portions of their lives online. But with 72% of the American public using some type of social media, according to the Pew Research Center, who sets the rules for proper social media etiquette?

“This is a totally new type of world to have a pandemic in,” said Catherine Newman, the etiquette columnist at Real Simple and author of the book “How to Be a Person.” One advantage of using social media, she said, is that people can create waves of public opinion from which everyone can benefit. Newman, who also volunteers at a hospice, was vaccinated and posted a selfie. She said the selfies can help address some of the public health mistrust issues that have contributed to vaccine hesitancy.

“I don’t want to see a picture of your yacht on social media,” she said. She’d rather see covid vaccine selfies but cautions users to be mindful of the caption they choose.

After all, nearly 500,000 American lives have been lost in the pandemic and stark disparities have emerged in vaccination rates — especially among communities of color and older adults who are in the highest risk categories.

It raises the question: Is posting a vaccine selfie on your social media account a faux pas or still par for the course?

Elaine Swann, a lifestyle and etiquette expert, a certified mediator in the state of California and the founder of the Swann School of Protocol in Carlsbad, California, echoed those precautions. “RNs and front-line workers have a very different story to tell than a 20-something-year-old who got vaccinated for some obscure reason,” she said.

At the same time, she said, it’s not necessarily clear how someone came to be eligible for the vaccine. A person could present young and healthy at first glance but could have a health condition or other qualifying criteria. “We don’t know,” she said. She advises that posters follow what she calls the three core values of manners: respect, honesty and consideration.

And the same goes for people reacting to the posts.

George Francois, 35, a center director at Children’s National Hospital in Washington, D.C., chronicled his covid vaccination on Facebook. Looking at the overall death and infection rates in the African American community, he considered his post a public service. “I could inspire others to get it without having to talk to them directly,” he said. 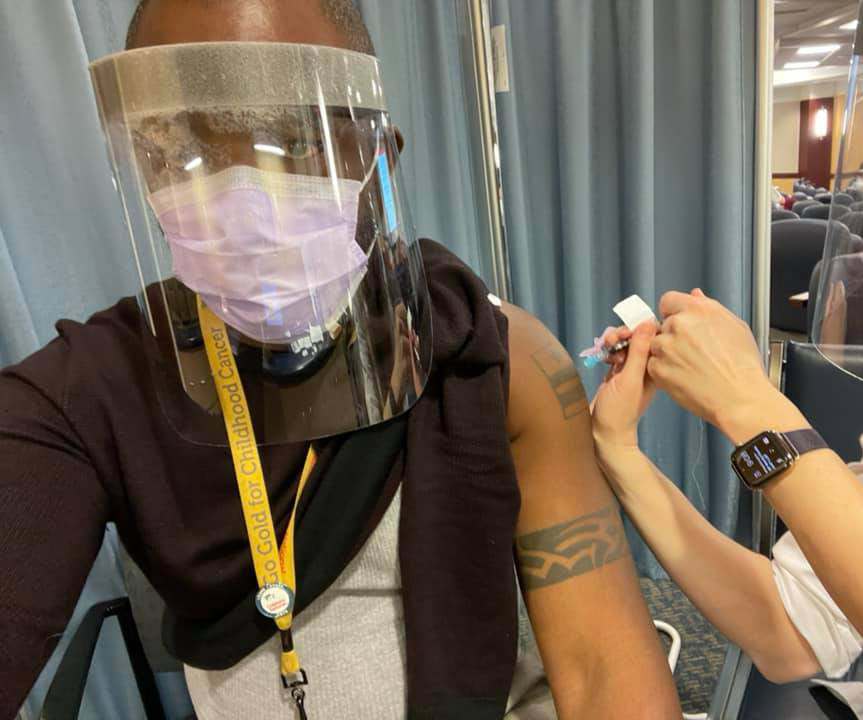 It’s a sentiment shared by J. Shawn Durham, 44, an actor in Washington, D.C., and an unintentional “vaccine vulture.” He got a call from a friend of a friend to get vaccinated after a scheduled patient missed their appointment — leaving a critical dose that otherwise might have gone to waste. “I am healthy. I am Black. I am scholastic, so I know about our history and the Tuskegee experiments,” he said. And, given that history, Durham posted his selfies to “lead by example,” he added. “The white and the wealthy are getting vaccinated. I want Black people to want to get vaccinated too.”

Francois didn’t receive any backlash from his post and didn’t think it was a big deal. “A lot of people post their HIV and covid test results,” he said.

Bottom line: It’s common among younger adults to publicly share things some older adults may consider to be far too personal.

“It’s kind of tacky sometimes, I think, but there’s a lot of misinformation out there,” said Emilio Delgado, 31, who was born in Puerto Rico and now lives in D.C. He posted in part to foster confidence in the vaccine — to let his connections “see that someone they knew has taken it and didn’t grow a third eyeball,” he said of his hesitant followers. For that reason, he added, it was worth it.

Delgado, a local actor and patient instructor at the George Washington University School of Medicine and Health Sciences, had access to the vaccine because in this role of “standardized patient” he is often called in to role-play ultrasounds with fourth-year medical students. He makes the bulk of his income through such patient instruction and is frequently at the hospital — a place generally considered high-risk — so he’d rather be vaccinated.

For Signe Hawley, 34, a researcher and volunteer firefighter in the foothills of northwestern Boulder, Colorado, getting the vaccine — and posting about it — was an emotional experience. 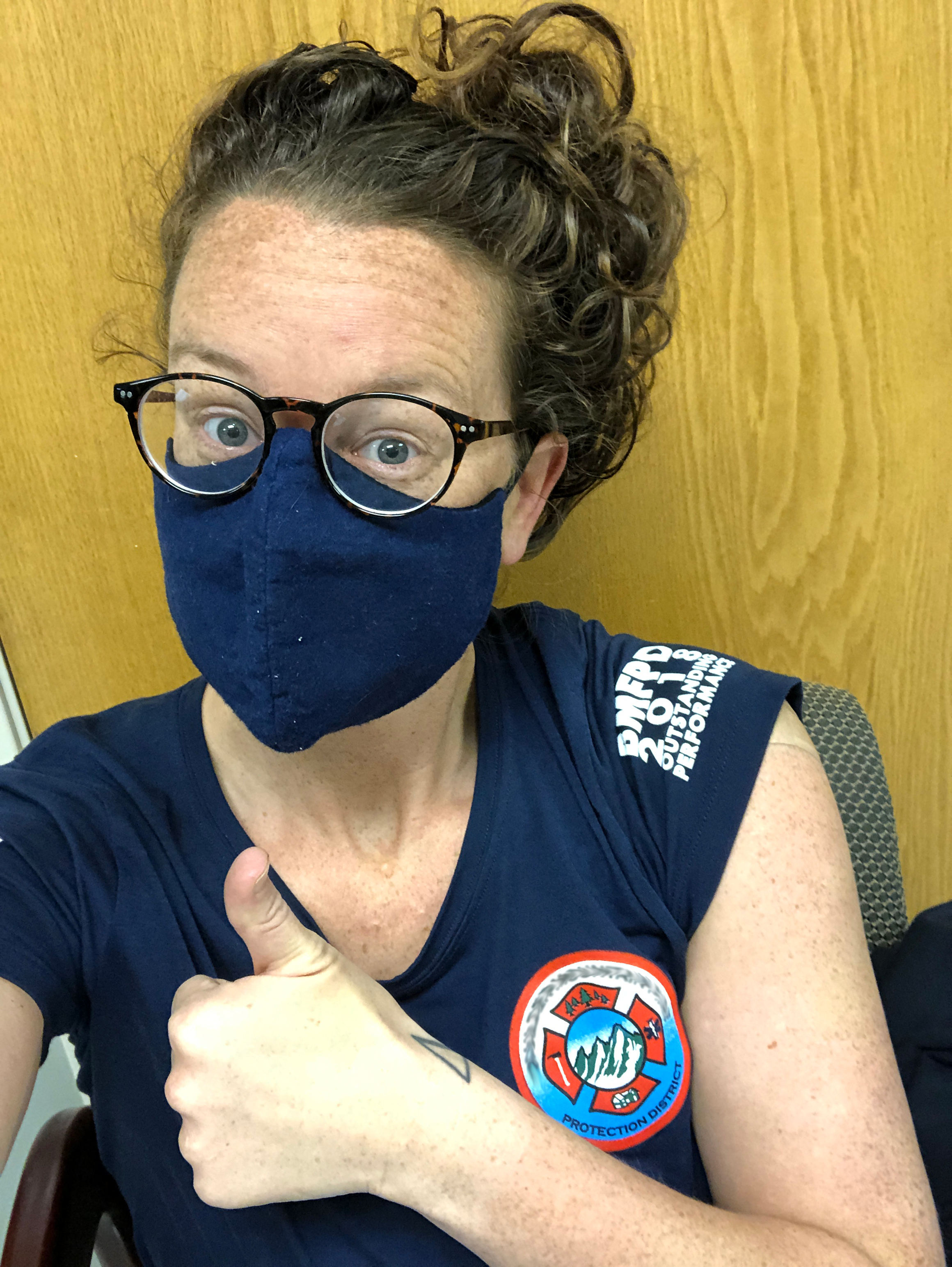 Earlier in the pandemic, she made the difficult decision to pull back from her volunteer duties to protect her wife and 2-year-old daughter. But because she had been a first responder in her community, she became eligible for the vaccine sooner than expected. “I wouldn’t cut the line,” said Hawley. “But when given the opportunity, I wouldn’t pass it up either.”

For Hawley, the hardest side effect she faced after getting the vaccine was the depth of grief and sadness that surfaced surrounding the loss of her father, along with thoughts of all of the other lives lost “in the mismanagement of this,” she said.

Her father, Joe Hawley Sr., 67, died in early April from complications of covid-19 at Norwalk Hospital in southwestern Connecticut. His family was not allowed into the intensive care unit at any time during his bout with covid. And her interest in volunteerism and service is something she inherited from her father, a “humanitarian at heart,” who was involved and committed to the New England community where he lived.

“To be vaccinated for something that my father died from is so surreal,” she said, her voice breaking. Sharing her story and the vaccine photo was a way to honor her father. “This is one step to lessening the impact of death and severe health complications with covid, but it’s not the end of it,” she said.

Ultimately, she said, the more people vaccinated the better off we all are.

“We’re all posting this hoping to get buy-in,” said national etiquette expert Diane Gottsman, an author and founder of the Protocol School of Texas, a company specializing in corporate etiquette training based in San Antonio. Know your audience, she advised. And another important reminder: Follow Federal Trade Commission guidelines, which advise against posting vaccination cards containing identifying information that could expose you to identity theft. 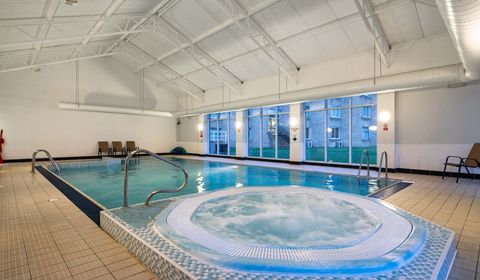