Skip to content
Balmond Hyper 2 years ago 6 min read
In the year since the World Health Organization declared a global pandemic, millions of families...

In the year since the World Health Organization declared a global pandemic, millions of families have endured the excruciating rise and fall of the U.S. outbreak — waves of sickness that leave untold wounds long after hospitalizations ebb and infections subside.


This story also ran on NPR. It can be republished for free.

Some have borne the tragedy more than others, with multiple family members lost to covid-19 in a matter of months.

For the Aldaco family of Phoenix, it has shattered a generation of brothers.

All three men — Jose, Heriberto Jr. and Gonzalo Aldaco — were lost to covid, each at different moments in the pandemic: first in July, then December, and finally last month.

Their deaths are now among more than 530,000 in the United States, where, even as millions are vaccinated, the virus still leaves families grieving the new loss of a loved one each day.

“Those three men, they drove the family. They were like the strong pillars, the bones of the family. And now they’re all gone,” said Miguel Lerma, 31, whose grandfather Jose Aldaco raised him as his own son.

To Lerma, their deaths feel like an epic American story of resilience, courage and hard work cut short. All three came to the U.S. from Mexico and over the decades made it home for their families.

“They literally showed that you can come from nothing and struggle through all that and still build a life for yourself and your kids,” said Lerma. “It just upsets me this is the way their story has to end.”

Jose’s daughter Brenda Aldaco said that, with so many Americans gone, the magnitude of each death and its reverberations are profound.

“When you really think about each single person, each person individually, what did that person mean to someone? It’s just overwhelming. It’s overwhelming,” she said.

A Family ‘Ready to Create Memories’

Jose Aldaco, 69 when he died, arrived in the Southwest in the early ’80s when Brenda was still an infant, following his sister, Delia, and older brother, Gonzalo, who had both left Mexico not long before him.

“They came out here for a better opportunity — I don’t even want to say a more comfortable life — but a more attainable, elevated life than what they had,” said Priscilla Gomez, Jose’s niece and Delia’s daughter.

Gomez thinks of all three uncles as central figures — symbols of strength — for her and the entire extended family.

“They were so consistent, the most consistent male figures for me,” said Gomez.

Big family gatherings were a staple of life in the Aldaco households.

“Those three men, when they were in the same room, it was just a good time,” said Lerma, a dance teacher in Phoenix. 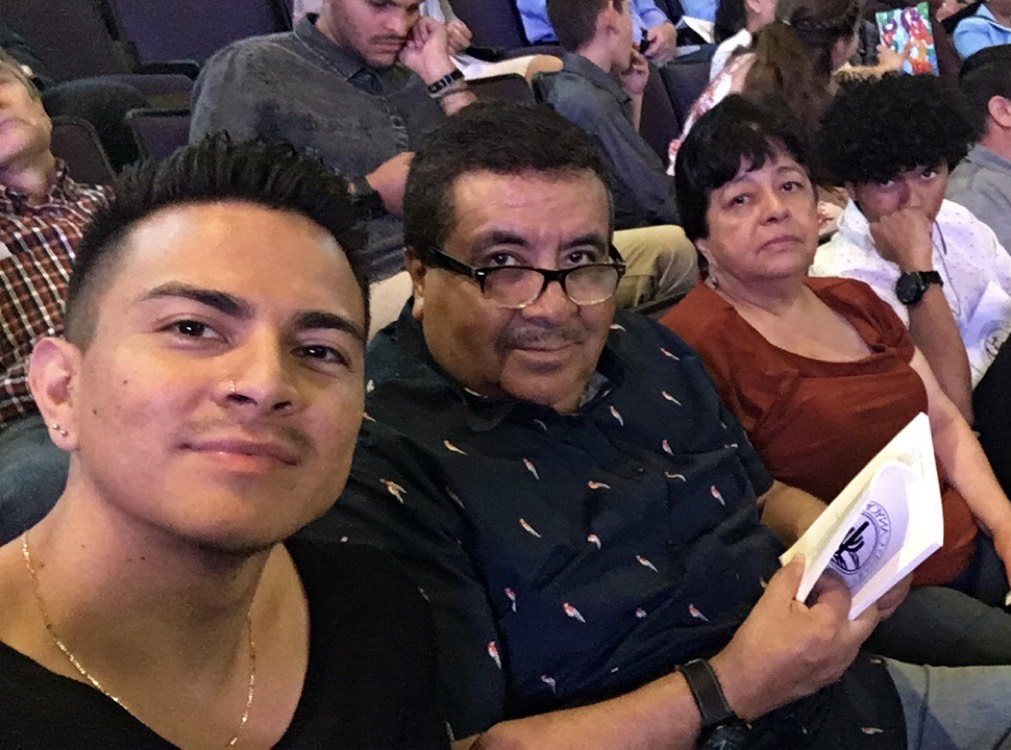 Reunions and holidays often evolved into joyous, music-filled events, where Gonzalo, the oldest, would pull out the guitar and the family would dance and sing together till the early hours of the morning.

“If it was someone’s birthday, they would sing ‘Las Mañanitas.’ … They were just always ready to create memories for us,” recalled Gomez.

Lerma said what Jose cultivated most of all was a family where love and affection was the main currency. “He’s the one who taught us to be so amorous,” said Lerma. “He was that warmth. He was that love for us.”

Wave After Wave in Arizona

After a calm spring, the pandemic hit Arizona with terrifying force — the first of two waves that would rip through a state where pandemic precautions were slow to come and quick to disappear. Lerma said his family heeded the warnings.

“We were a family that accepted the pandemic was real,” he said. “We did take it seriously.”

Jose and his wife, Virginia, lived at their daughter Brenda’s house, where they helped raise their teenage grandson.

Brenda’s father worked a few days a week at his job in a hotel restaurant, but was mostly retired. “He was perfectly able — doing yardwork, cooking every day, jogging three times a week at the park,” said Brenda.

Despite the family’s effort to stay safe, the virus found a way into their household that summer. Jose was the first to get sick, but soon all four were ill and isolating in their bedrooms.

They waited on test results. Both elders were getting worse. When the bedroom door was open, Brenda’s son would hear his grandfather.

She felt paralyzed, though. Her mother was adamant that she didn’t want him to go to the hospital.

Eventually, Lerma, who lives separately and did not have covid, put on a mask and came to coax Virginia and Jose to go to the hospital. Lerma found Jose lying in bed, covered in a sheet, with a sky-high fever.

“He was forcing fast breaths to try to get any air that he could into his lungs,” said Lerma. “That’s when I started freaking out and losing it.”

Virginia and Jose were admitted to the hospital. A few days later, Virginia was doing well enough to go home, but Jose’s condition only got worse.

The last time Lerma saw him it was over FaceTime, while Jose was being wheeled through the hospital to be put on life support. “Losing my dad, this is what heartbreak is,” said Lerma. “This is what the sad songs are about.”

By the time of Jose’s death, the virus had already killed about 150,000 Americans. Like so many other families, the Aldacos were not able to have a proper funeral.

“It felt like his death was just brushed under the rug, like he’s just another statistic,” said Lerma.

Priscilla Gomez said she’ll never forget hearing her mother take the phone call when she learned of her brother’s death.

“To not be there in-person to comfort them or to hold them up when they feel like they just want to throw themselves on the ground and just sob … you feel completely helpless,” she said.

As the pandemic stretched into the winter months, a new wave of infections and deaths gripped Arizona and much of the rest of the U.S. By late December, the total U.S death toll had surpassed 300,000, and Heriberto Aldaco Jr. — the youngest, in his late 50s — was now also hospitalized with covid.

“You think you’ve gone to a particular point in your grieving, and then it’s not done — here it comes again. … Now my dad’s baby brother is sick,” said Brenda Aldaco. “Then he passes away.”

Less than two months later, yet more shattering news would come to the family.

The last remaining brother, Gonzalo Aldaco, the eldest in his early 70s, was hospitalized with covid. He died in February.

Brenda Aldaco described her father and uncles as above all else “family men.”

“They were totally and completely devoted to the people they loved — always present, always someone you could rely on,” she said.

Sometimes, she still expects her father to come home from the hospital: “It was just hard for me to even grasp the concept of ‘He’s gone’… that the three of them are now gone and under the same circumstances and within a period of six months.”

This story is from a reporting partnership between NPR and KHN.