Skip to content
ASNF 11 months ago 4 min read
The Big News It was a short work week for those still able to work,...

It was a short work week for those still able to work, but there was a considerable amount of health care news. That hasn’t changed.

The story that probably got the most attention was that the death toll in the United States from COVID-19 passed 100,000 people. It can be hard to get a handle on what that means. The Washington Post looked at the people who count the deaths and track the deaths.

There will be more. The Texas Tribune noted how the coronavirus was a threat to people living in homeless shelters. Nursing homes continue to be a major hot spot in this pandemic. Same goes for areas where poorer people live.

But another source of infections just might be the crowds of people who think all danger has passed and it’s time to frolic in close proximity with others.

Want a roundup of the must-read stories this week? Sign up for The Friday Breeze today.


You probably saw the photos and video of the crowds Memorial Day weekend in the pool at Lake of the Ozarks, Missouri, or on the boardwalk of Ocean City, Maryland. Missouri health officials pondered how to somehow place the partiers in self-quarantine, but that is unlikely. Cities, states and counties may also play fast and loose with the metrics that indicate when it is safe. The Centers for Disease Control and Prevention quietly removed a recommendation to limit singing in churches. (Singing has been shown to propel saliva particles.) So on it goes.

Disneyland is likely to open in July. Las Vegas casinos also announced their reopening and issued rules. Players can’t touch cards and slot machines will be fewer and farther apart.

We are already seeing it. KHN reporter Phil Galewitz wrote about a large bill for what was supposed to be a free COVID test. (This was not a fluke. We’ve already heard of other similar cases and will be writing about them.)

Drugmakers are also a source of concern. Critics note that the development of remdesivir, a possible COVID treatment, was heavily subsidized by the government, yet Gilead Sciences will be able to place whatever price tag it wants on the drug. Not that what was available went to the right places, The Washington Post reported.

And Stat did an excellent analysis of how there was a lot less to President Donald Trump’s announcement Tuesday about lower insulin prices for seniors. Stat also reported how executives of Moderna, a drug company that reported it was having success with a COVID vaccine, cashed out as the share price soared. The shares have since fallen as investors took another look at the hype.

And NPR noted a White House staffer with some interesting health care investments.

All of us are looking for ways to measure the epidemic, to quantify it, to find patterns that either agitate or reassure. Here are a few classics and newer ones that I and the staff at KHN found this week.

ProPublica created a quite amazing tool that tracks the companies that won federal contracts related to COVID-19. It helped them develop several very interesting stories about some of those contractors. (Related stories: The federal government’s efforts to get Americans tested for the virus are still failing in myriad ways.)

Stuff You Should Know

For the past couple of weeks, you could hear discussion of “herd immunity” protecting us from the coronavirus bubbling up in conversations on cable TV news shows, on Twitter and among neighbors still observing social distancing. It’s the notion that if enough people are immune from a disease, the few who are not are protected. It’s the basic concept that makes measles shots so important; it protects the young children and vulnerable people who can’t be immunized. It’s why we want a coronavirus vaccine so quickly.

So The Upshot at The New York Times looked at the possibility of herd immunity in a series of tight graphics. Their conclusion: “Even in some of the hardest-hit cities in the world, the studies suggest, the vast majority of people still remain vulnerable to the virus.” 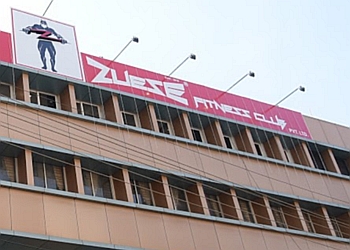