Skip to content
ASNF 3 months ago 6 min read
As states expand covid-19 vaccine eligibility to allow shots for 16- and 17-year-olds, teens in...

As states expand covid-19 vaccine eligibility to allow shots for 16- and 17-year-olds, teens in rural America may have trouble getting them.


This story also ran on USA Today and GateHouse Media. It can be republished for free.

Of the three vaccines authorized in the U.S., currently only one can go to that age group: the Pfizer-BioNTech shot. That vaccine comes in 1,170-dose packages at minimum and expires after five days in a fridge, meaning too many doses on too tight a deadline for many rural communities to manage.

“We’re still trying to get people to accept the vaccine,” said Aurelia Jones-Taylor, CEO of Aaron E. Henry Community Health Services Center, which serves remote regions of the Mississippi Delta. “If we have to race to give out 1,100 doses in five days, that’s untenable.”

Some health experts say vaccinating children — more than a fifth of the nation’s population — is key to ending the pandemic. In the meantime, pressure is mounting to get vaccines out as health officials flag more surges of cases, this time with more contagious variants that seem to affect kids more than the initial virus strain that coursed through the U.S.

“The infection can continue to spread until we get everyone in the population vaccinated, and that includes younger individuals,” said Gypsyamber D’Souza, an epidemiologist with Johns Hopkins Bloomberg School of Public Health.

The logistical challenges of eventually getting the shots to rural kids of all ages will likely continue, at least in the short term. That’s because the companies behind the sole vaccine with approval for 16- and 17-year-olds, Pfizer and BioNTech, have also been the first to seek federal approval to vaccinate younger ages after a trial showed the vaccine was effective in kids 12 through 15 years old. Pfizer spokesperson Steve Danehy said the company hopes to win regulatory approval for that age group before the start of the next school year.

For some families, the shots are so coveted that they’ll travel whatever distance it takes. Dr. Jeannette Wagner Waldron, 45, of Park County, Montana, said the closest place she was able to find a vaccine for her 17-year-old daughter, Julie Waldron, was Billings, which meant a nearly four-hour round trip to a CVS pharmacy there for the teen’s first shot.

“I’m more than willing to drive two hours to get my kiddos vaccinated,” Wagner Waldron said. “They’ve given up a lot, from their activities and seeing their friends, in order to protect people from the virus.”

Not everyone can travel that far for vaccines once, let alone twice to get both doses. Compound that with some reluctance in rural communities to get vaccinated at all. A recent KFF survey showed a larger share of rural residents — 21% — said they wouldn’t get a covid vaccine compared with urban and suburban respondents. That could mean not enough remaining demand for vaccines to use up a 1,170-dose Pfizer package in rural communities. Even if the demand exists, rural health departments may not have enough workers to administer the doses fast enough.

Karen Sullivan, health officer for the Butte-Silver Bow Health Department, said Butte will serve as the main vaccine base for 16- and 17-year-olds across five counties in southwestern Montana that together cover as much area as all of Maryland. She said she’s worried that delivering Pfizer shots to each community could risk wasting doses, but her department may make a new plan if too many people can’t get to Butte.

Health officials there have been trying to convince teenagers and their guardians the shots are safe and worth traveling for since Montana opened covid vaccines to everyone 16 and older April 1. Butte-Silver Bow’s new vaccine campaign includes sharing photos of the area’s school mascots getting the jab and raffle prizes for those who get vaccines.

“What we’re trying to do is get ahead of the variants,” Sullivan said. “We can’t get our 16- and 17-year-olds vaccinated fast enough, in my mind.” 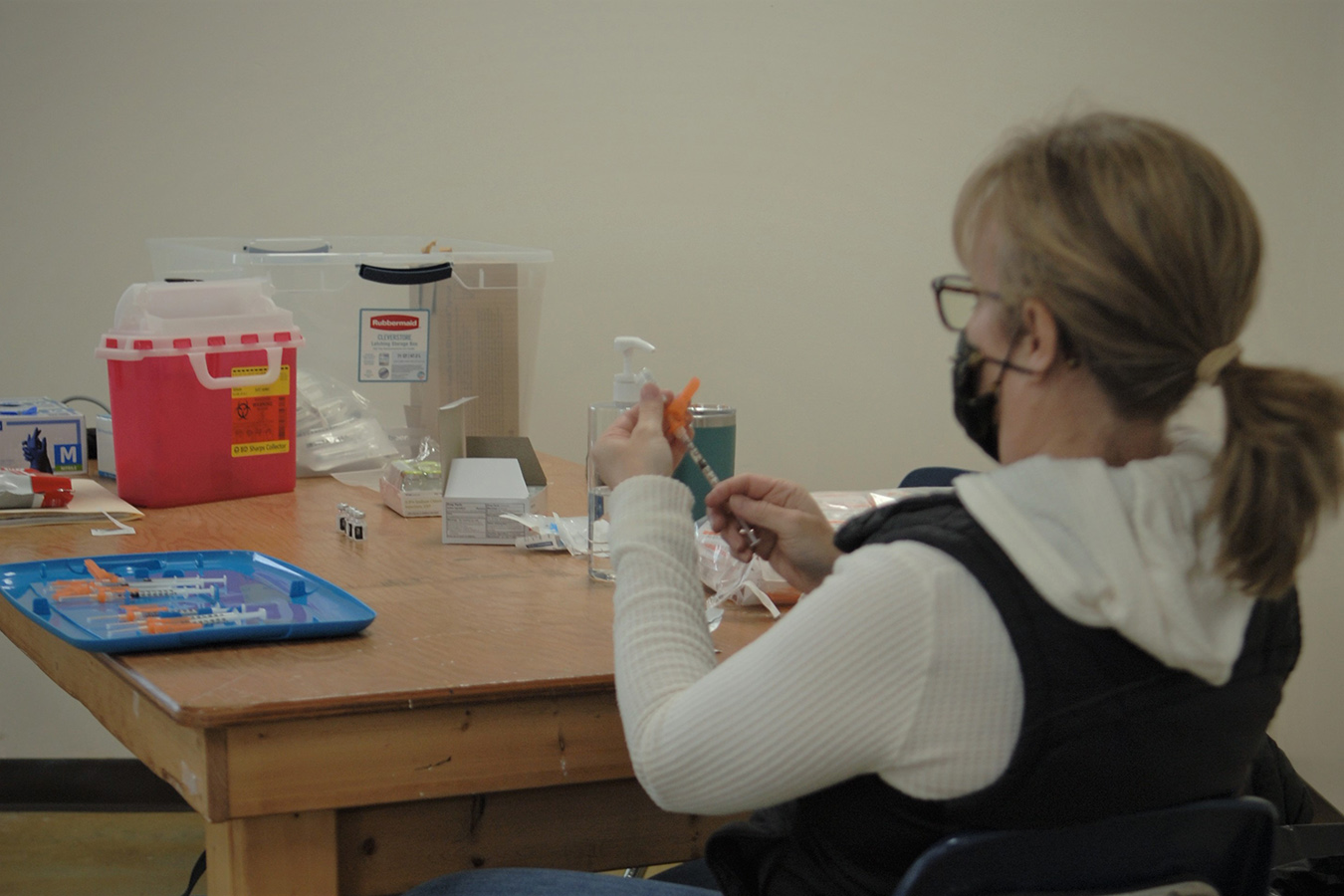 Finding Pfizer vaccines can be challenging even in cities, which serve as medical hubs for rural communities. To help with that, some providers have set up online covid vaccine registration systems specifically for 16- and 17-year-olds, such as one through Stanford Children’s Health for clinics around San Jose, California.

In Mississippi, Jones-Taylor said her center hopes to reach kids through school-based and mobile outreach clinics. But she said that depends on either the Moderna or Johnson & Johnson vaccine, each of which have minimum shipments of 100 doses, gaining regulatory approval for minors. Both manufacturers are testing how their shots work in children.

The Children’s Health Fund, a national nonprofit, has advocated for the “continued urgent inclusion of children of all ages in vaccine trials” and for prioritizing a single-dose, easy-to-store vaccine.

Dr. Cody Meissner, a pediatrician on the vaccine advisory committee for the Food and Drug Administration, questions the rush to extend the vaccines to younger ages without more time to study potential impacts, adding that children so far have been less likely to transmit the virus or die from an infection.

The debate over whether to vaccinate younger kids as a means to end the pandemic may soon be moot, though, said Dr. Monica Gandhi, chief of the Division of HIV, Infectious Diseases and Global Medicine at the University of California-San Francisco. She pointed to a recent study out of Israel — a nation ahead of the rest of the world in its vaccine effort — which showed that infection rates declined even without immunizing children younger than 16. That study has yet to be peer-reviewed.

Back in Park County, which has a population of fewer than 17,000, health officials have seen an increase in covid cases among younger people in recent weeks, some tied to middle and high school sports. 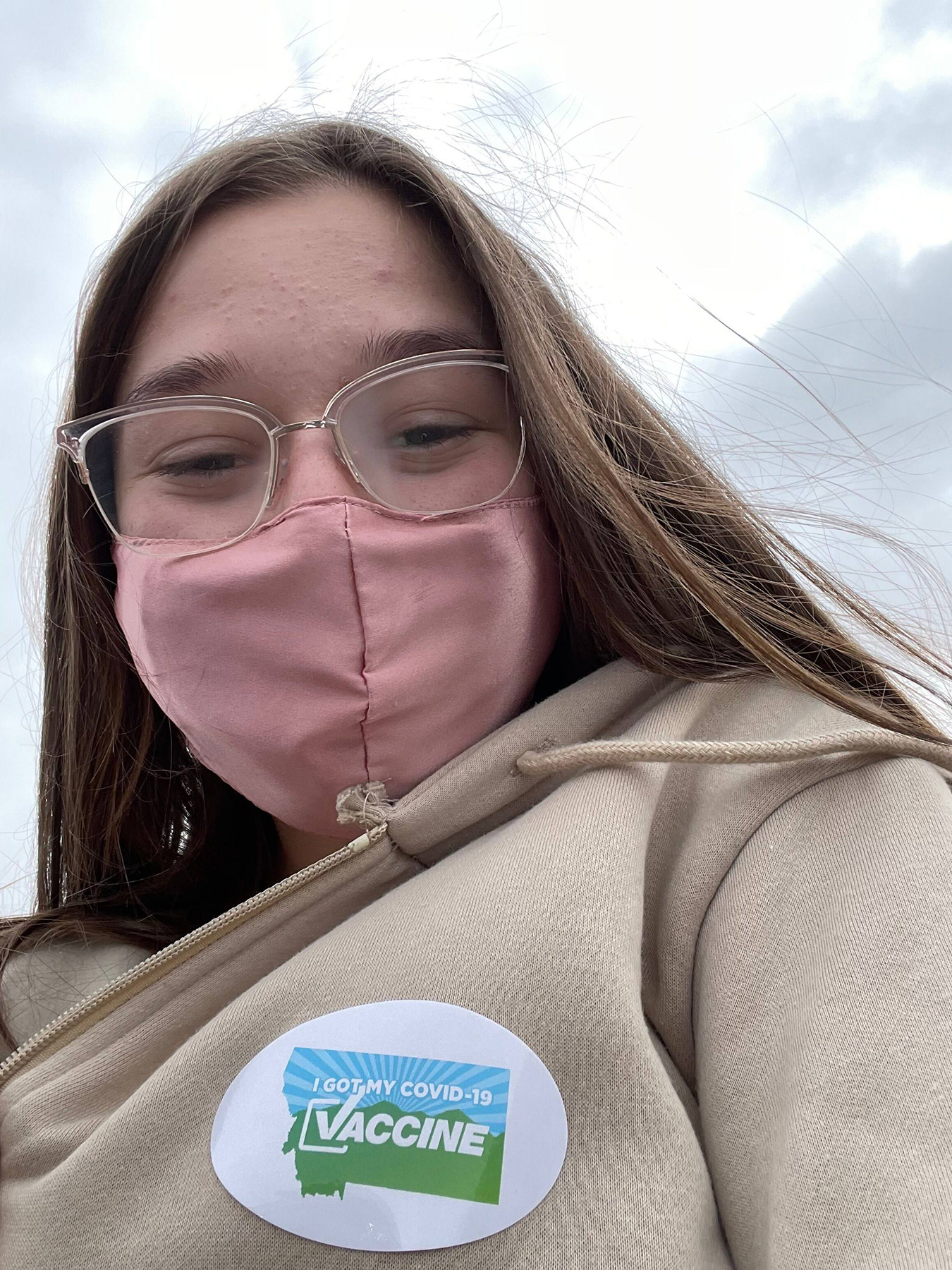 Dr. Laurel Desnick, county health officer, said the county set up vaccine clinics in high schools by working with the state and neighboring counties to split up a shipment of Pfizer vaccines, though that took time to organize. Until mid-April, the county directed 16- and 17-year-olds like Julie Waldron to a county more than 100 miles away for a shot.

“Some of our kids could do it, but not all,” Desnick said. “The further you are from a big center, the harder this gets. We’re rural, but we’re also not as remote as many of the central or eastern Montana counties, and I feel for them.”

For Ava Braham, who turned 16 two days before Montana expanded eligibility to her age, a vaccine clinic in her Park County school means she missed only 20 minutes of class to get her shot this month instead of having to drive more than 50 miles round trip over a mountain pass.

“The biggest thing for me with the vaccine is being able to see my family more often. Both of my grandparents have already gotten the shot, but I will feel more comfortable visiting them,” Braham said. “It’s sort of a moral obligation to help the whole country and the world to just get the shot.”

Covid Renews Interest in Radiation, but Docs Caution Against Pilgrimages to Radon-Filled Mines

Covid Renews Interest in Radiation, but Docs Caution Against Pilgrimages to Radon-Filled Mines