Skip to content
ASNF 2 weeks ago 6 min read
When Tom Becker was diagnosed with an irregular heartbeat in March 2020, the 60-year-old EMS...

When Tom Becker was diagnosed with an irregular heartbeat in March 2020, the 60-year-old EMS helicopter pilot from Washington, Missouri, worried he would never fly again.


This story also ran on U.S. News & World Report. It can be republished for free.

But his cardiologist, Dr. Christopher Allen, had served in the Air Force and knew aviation physiology. So Becker felt reassured when Allen told him he didn’t expect any problems, because Becker was still fairly young.

Allen told Becker — who lives about 50 minutes away from his office at Mercy Hospital South, near St. Louis — that Becker could call his cellphone with any concerns and meet with him virtually. Becker estimates they had more than 10 video appointments over six months. 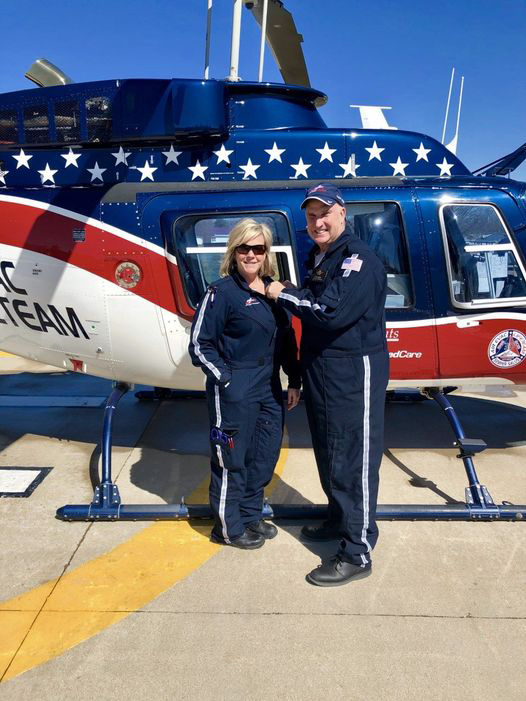 “The video visits worked just the same as being in the office,” said Becker.

That’s a common assessment from patients and providers at Mercy, the St. Louis-based Roman Catholic health care organization that became a pioneer in telehealth in 2015 when it opened Mercy Virtual Care Center in the suburb of Chesterfield. Officials described the $54 million stand-alone facility as the world’s first “hospital without beds.” And after the covid-19 pandemic hit, Mercy became a model for ramping up telehealth throughout a health system.

The virtual care center, whose staff includes doctors, nurses and technology professionals, is not siloed from traditional care; it’s a hub from which some care is provided and new approaches to telehealth are introduced.

“It’s an integrated part of what we do every day,” said Mercy Virtual’s president, Dr. J. Gavin Helton.

Having the virtual center gave Mercy a head start when the pandemic forced doctors and hospitals across the nation to turn to telehealth. With insurers and the federal government footing the bill, virtual visits suddenly went from being allowed only in the narrowest of circumstances to often being the only option.

Though Mercy leaders and doctors have had years to try out and evaluate virtual care, some health experts are now concerned that the overnight adoption of telehealth nationally hasn’t allowed enough time for research to determine when it’s effective.

If the floodgates to telemedicine remain wide open, they warn, wasteful spending, fraud and bad health outcomes could ensue. Some worry doctors could start charging gratuitously for visits they used to handle as free phone calls.

“Just in the same way we would test a new drug, we should also test: How effective is adding telemedicine in improving health?” said Dr. Ateev Mehrotra, assistant professor of health care policy at Harvard University.

When Mercy Virtual Care Center opened, its leaders said the model could provide better patient care at a lower cost.

But at the time, Medicare and most insurers covered telehealth services only if patients lived in designated rural areas and traveled to a local facility to remotely see a specialist.

That changed in March 2020. The Centers for Medicare & Medicaid Services issued temporary waivers allowing providers to virtually visit with patients in their homes, outside of designated rural areas and even across state lines.

In early 2020, an average of 17,000 Medicare beneficiaries used telemedicine services each week, according to CMS. After the pandemic took hold, that number jumped to 1.1 million. A recent survey showed most were satisfied with virtual care.

Virtual visits also increased dramatically at Mercy. In 2019, fewer than 20 providers did a couple of hundred visits, spokesperson Joe Poelker said. During the pandemic, the organization has conducted an estimated 660,000 virtual visits, and 85% of its providers have used telehealth.

For presumed covid patients, Helton said, “We were able to quickly pivot to a digital-first approach.”

Mercy sent them daily text messages. If they responded that they were worried or had worsening symptoms, the system alerted providers at Mercy Virtual, who then did video visits, preventing possible exposure to covid in the emergency department. The organization has since applied the same approach to other health issues, such as congestive heart failure, with Mercy Virtual providers directing patients to in-person treatment when needed. 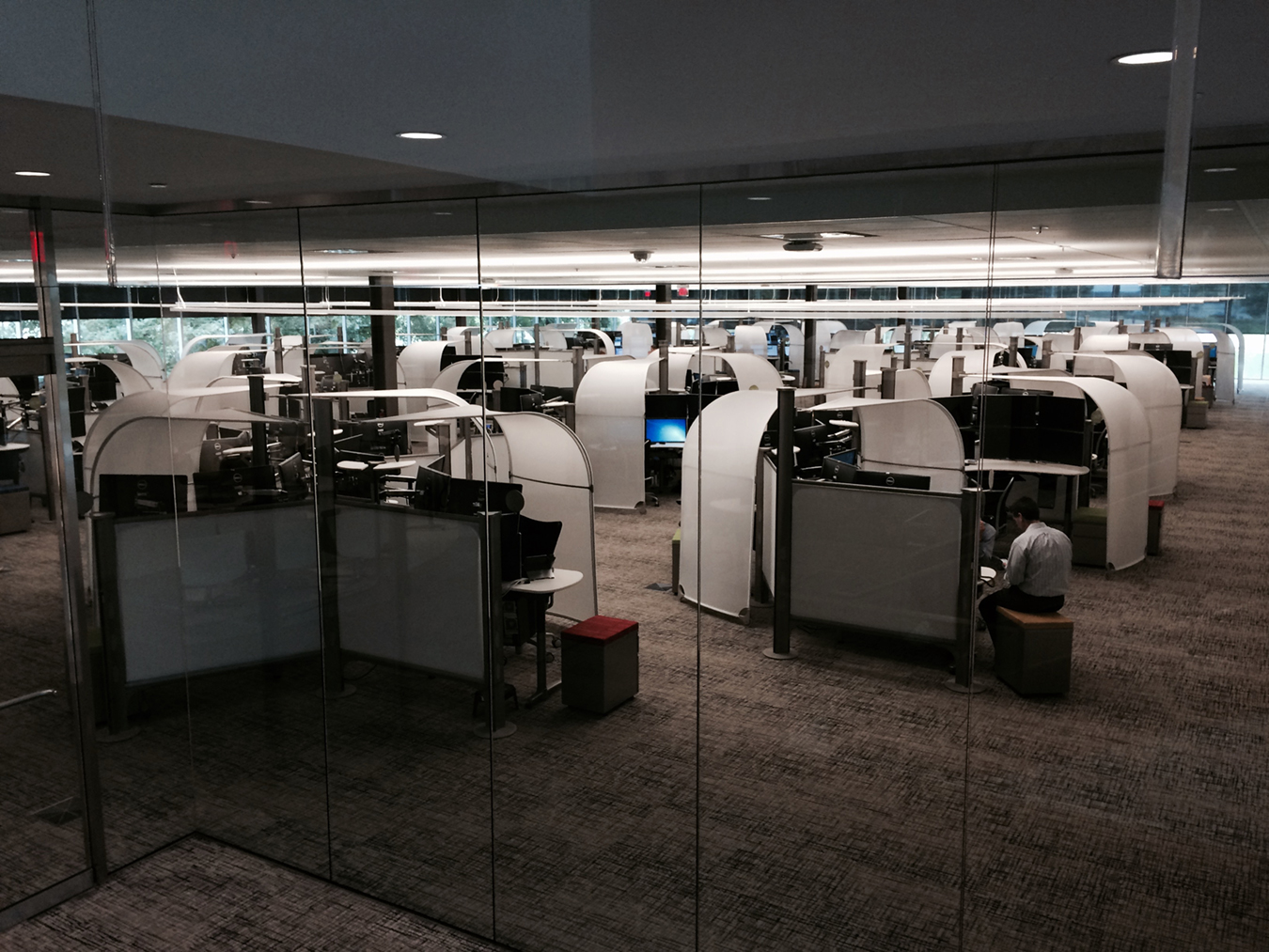 Allen, the cardiologist, said he had never used telehealth before the pandemic and wondered how he could take care of patients remotely.

But he suddenly had to embrace virtual care in March 2020 when he learned he had lymphoma, a cancer of the lymphatic system. His compromised immune system left him at greater risk from covid.

He was pleased to discover that telemedicine allowed him to see almost 30 patients a day, up from fewer than 20 previously. He could monitor patients’ chronic diseases more closely, preventing hospitalizations.

But more medical visits is not always a good thing, said Mehrotra, who testified at a U.S. House hearing on telemedicine last month.

“The concern is that in some circumstances telemedicine is too convenient and may encourage excessive use of care,” Mehrotra said in written testimony. “After an in-person visit, a physician could easily add a quick follow-up telemedicine visit that increases costs without any substantial improvement in health.”

The Medicare Payment Advisory Commission recommends “applying additional scrutiny to outlier clinicians who bill many more telehealth services” per person than others.

Allen said Mercy pays him a fixed salary, so, unlike private practice doctors, he has no financial incentive to schedule extra appointments.

Becker said telehealth has allowed him to get care more conveniently. His visits with Allen were covered entirely by the Tricare insurance Becker receives as an Army veteran.

“There is no evidence to support that doctors are going to start calling patients willy-nilly to get telehealth visits on the books. First off, they don’t have time for it. Secondly, if it’s not clinically appropriate, they can’t,” said Sarah-Lloyd Stevenson, a policy adviser for the U.S. Department of Health and Human Services during the Trump administration who now lobbies on behalf of the American Telemedicine Association, an industry group.

Mehrotra argues that until research shows where telemedicine is effective — which will take time — it should be covered for high-risk populations in areas with limited access to providers, such as rural towns. Otherwise, he said, it should be used only where there is “evidence of value or there is compelling need,” rather than visits with “little clinical benefit,” such as seeing a patient who likely has a common cold.

Despite calls for caution, lawmakers from both parties want to make permanent the temporary regulatory changes concerning telehealth.

Mehrotra said Medicare should not continue to reimburse providers at the same rate for virtual and in-person care, arguing virtual care should eventually cost less. He also said he expects a significant learning curve for clinicians.

“Everyone got forced to do this very, very quickly,” he said. “You have been practicing cardiology for 30 years and now all of a sudden you have telemedicine? You’re going to have to figure that out.”

Helton, on the other hand, supports payment parity because he thinks it will allow for more preventive care and lower total costs. In the long run, he said, “telemedicine is not only here to stay but will continue to grow.”

Becker, who underwent a cardiac ablation last year and is back to work rescuing people, said he’d love to continue avoiding the long drive to St. Louis to see Allen for checkups.

Allen, now in remission from cancer, said he plans to keep visiting with patients virtually.

“There is so much value in offering the telehealth option that I think patients are going to demand it,” Allen said. “If they can duck into a break room [at work] for 15 minutes or go out to their car and see us, it’s … a very effective option.” 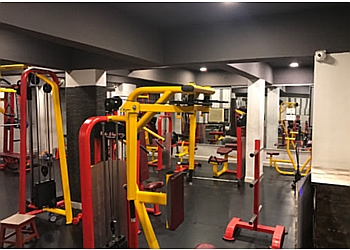